Blog
You are here: Home1 / Blog2 / Business Writing Tips3 / Grammar4 / Grammar Tip – There Was or There Were

Frankly, although this is grammatically correct, it sounds awkward. I would rewrite the sentence.

We had thunder and lightning last night.

The same rule (when “and” is in the subject, the verb is plural) holds true even if the sentence does not start with there or here. 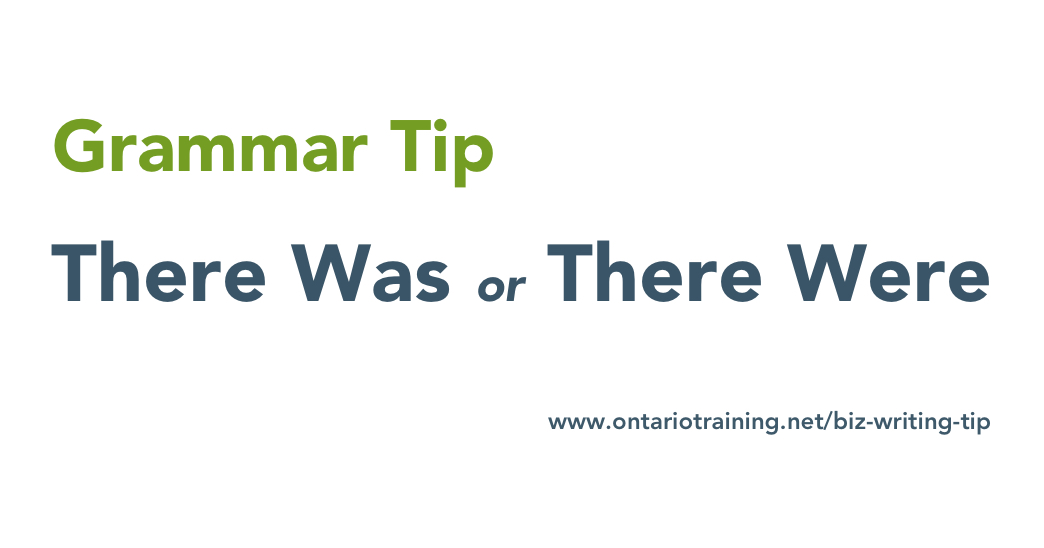 Writing Style – Prepositions: essentialWord Choice – Who Versus That and Which
Scroll to top